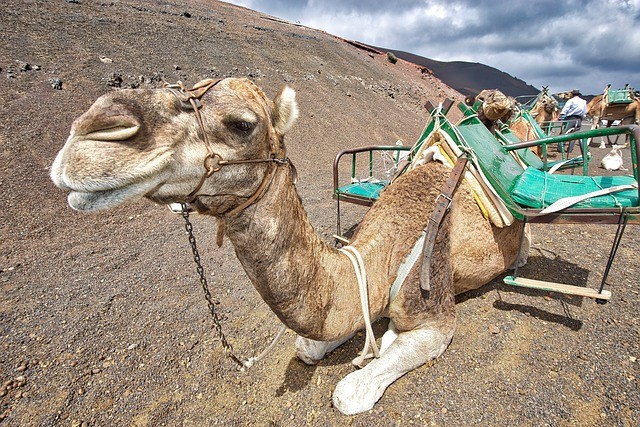 The English language is so rich and diverse that one lifetime is just not enough to master all of it.

But I have discovered that as much as English owes many of its idioms to the writings of the great Shakespeare, the bible has made a significant contribution of its own.

I hasten to add at this point, that researching Shakespearean idiomatic origins is a whole lot easier than that of biblical references.

I was struck by the graphic potential of this captivating expression.  On the face of it, you can determine that this is a near possible task, and thus the camel will not succeed, much less a rich man in the fable, and leave it at that.

Taken from the passage in the Bible (Luke 18:25) biblical texts trace this back to Christ warning Luke that he should relinquish his material wealth if he hopes to reach salvation.

Others have the interpretation that the eye of the needle was the name of a gate in ancient Palestine and dismiss the idiom as ‘nonsensical’ because it would be silly to lead a camel (in some regions an elephant) through the impossibly small gate, but rather enter the town through easier passage.

Some say the notion of entering the camel through the needle’s eye required for the camel to kneel down and for its master to remove its baggage so that the camel may edge its way through a narrow opening. This reflects man’s need to humble himself.

According to biblicalhebrew.com, there is a contradiction here: “Jesus’ hearers believed that wealth and prosperity were a sign of God’s blessing (cf. Leviticus and Deuteronomy). So, their incredulity is more along the lines that, ‘if the rich, who must be seen as righteous by God by dint of their evident blessing, can’t be saved, who can be?’. Later Christians have turned this around to portray wealth as a hindrance to salvation, which it can be – but no more so than many other things, when the message is that salvation is impossible for all men for it comes from God alone.”

Gty.org/blog says:” Christ’s words make the point of His illustration abundantly clear. He can’t mean that the rich man can only attain salvation through humility—getting a camel to stoop and squeeze through a narrow gate might be challenging, but it doesn’t require divine intervention. In context, His point is unmistakable: Manufacturing your own salvation is just as impossible as threading a massive beast of burden through the eye of a sewing needle. Apart from the intervention of the Lord, it cannot be done.”

So, this wonderful phrase may be merely about humility or it may be about salvation, either way for modern man, I submit both are challenging to achieve.

Any deeper analysis will confuse readers that this is a site for religious teachings which is not my aim, and so the last words go to the freedictionary.com which explains that ‘camel through the eye of the needle’ is used as part of a comparison to indicate that something is impossible or extremely difficult to accomplish.