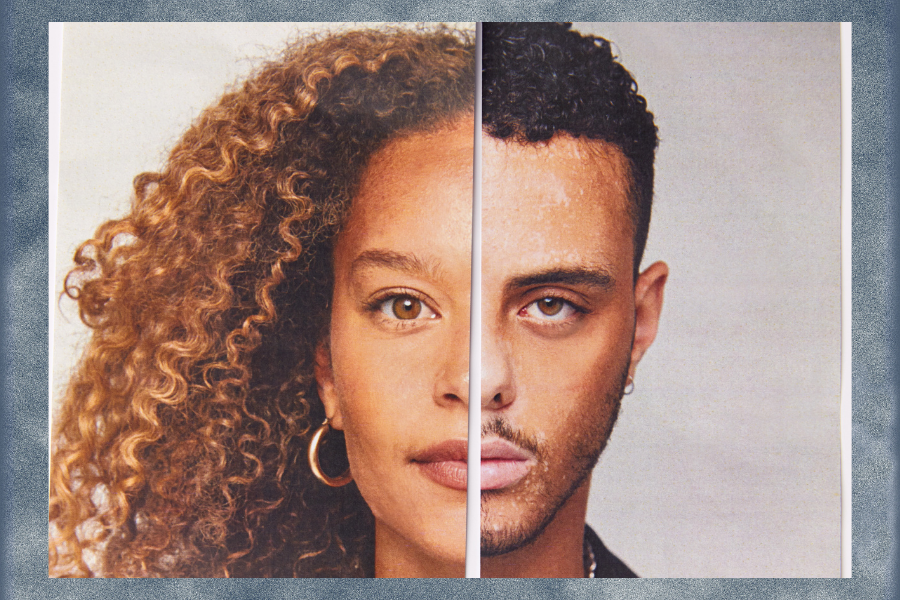 Gender duality - the best of both

Recently I was asked to chair a weekly meeting. There was some sensitivity around the term ‘chairman’ and points made that due to a gender sensitive environment, the group would prefer to call me chairperson. At the time, I agreed, to appease any potential offence.

Then I thought about it. Although I am female I do not ascribe gender to the role and see it as a function rather than a gender identifier.

If we have chairperson, let’s also go for barperson and postperson etc. Person itself has the male denoted son, which must be problematic for those attempting to rid the language of words with man.

There are 1564 words that contain the letters m, a, n in sequence. Let’s assign them all for reconstituting so that we rid the English language completely of this gender.

Let’s just look at a few of them.

And what about our route word human – we go huperson – and woman, we go woperson – these are only if we can accept that person is a gender neutral word.

What about the expletives? Oh, man, Man oh man, Oh boy. What will we do with these?

And don’t get me started on men. We have menstruation and menopause – two woperson’s issues; also mental, mention, mentor and mendacity. There are more words with men than with man – 2631 according to Wordchecker. So now we’ve got 4 195 words in the English language that could arguably be labelled gender specific.

I submit that when the act of chairing a meeting came about in the 17th century, the lexicographers of the day thought it quite efficient to make the word ‘chairman’ rather than ‘chairhuman’ and so it was quite nicely formed, well-termed enough to make it to the dictionary.

According to Vocabulary.com, the word chairman comes from a sense of “occupying a chair of authority, defined as a noun: the officer who leads the meetings of an organisation; and a verb: act or preside as chair, as of an academic department in a university.

“Human,” says Vocabulary.com, “was first recorded in the mid-13th century, and owes its existence to the Middle French humain, of or belonging to man. That word, in turn, comes from the Latin humanus, thought to be a hybrid relative of homo, meaning man, and humus, meaning earth.

Thus, a human, unlike birds, planes, or even divine spirits up above, is a man firmly rooted to the earth.

My sense of history is not that it was setting out to ascribe gender, but rather to create a language we could work with. My point is that I’ll take ‘chairman’ any day but can we please leave MAN in our language and find a more appropriate application for gender equality?