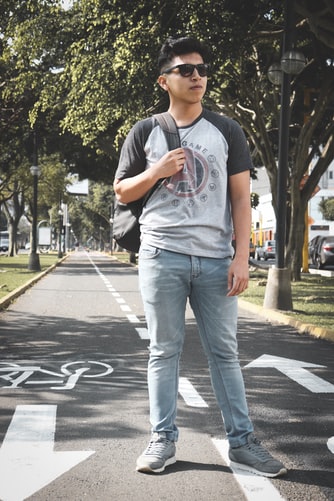 When I take my evening walk after about six blocks I reach the park and I walk around it. I can’t help noticing that the streets are strewn with litter. From KFC boxes to disposable face masks, singular socks, uneaten slap chips and a few empty Coke tins, there is just a big mess.

As I step around the rubbish, I think of the idiom to ‘kick the can down the road’. Clearly it applies in the literal sense and nobody is stopping to pick anything up, rather just relocating the debris.

In the idiomatic sense it means to postpone. So, each time you kick the can down the road, you are moving your goal, or pushing your responsibility further and further away from you.

McMillan’s definition is “to delay dealing with a serious problem in the hope that it will go away.”

Politicians are well-known for this behaviour and usage of this phrase was – still is in behaviour –  popular in these circles.

In these examples on usage from Grammarist you can see how it works.

Hancock has vowed that his administration won’t continue to “kick the can down the road.” [Denver Post]

“Members are overwhelmingly disappointed in the Senate’s decision to just ‘kick the can down the road’ for two months,” the aide said. [Washington Post]

We can’t kick the can down the road because we’ve run out of road. [Rahm Emanuel quoted in New York Times]

The phrase originates from American yard games. These games were innovative in their own right, requiring only skill and little in the way of equipment. To play Kick the Can, someone would guard the can, while others would hide. While looking, the can would be exposed to hiders who could kick it harder. Those found would be taken to a holding area.

“But if a hider could kick the can before getting tagged by It, everyone went free. The game may have had its heyday in the Great Depression; by the early 1960s it had all but vanished (though its core elements live on in several other backyard games),” says Merriamwebster.com

“Then around the mid-1980s a new phrase began to be heard in the U.S. Congress. To “kick the can down the road” became, in the rhetoric of some lawmakers, a colourful and mildly critical new way of referring to putting off work on an issue for a later date.”

Staying with ‘can’ in this context to ‘carry the can’ virtually means the opposite. If you are willing to carry the can, it indicates that you step up to take responsibility. The kicking has to stop as someone picks up the can and carries it.

Do you want to be the one carrying the can or kicking it down the road?

Who knew that the lowly can could have so much idiomatic thrust?

I fell on my sword: idiom usage

Hanged for a sheep as a lamb: idioms

Oh, for the life of Rilely: origin of idioms