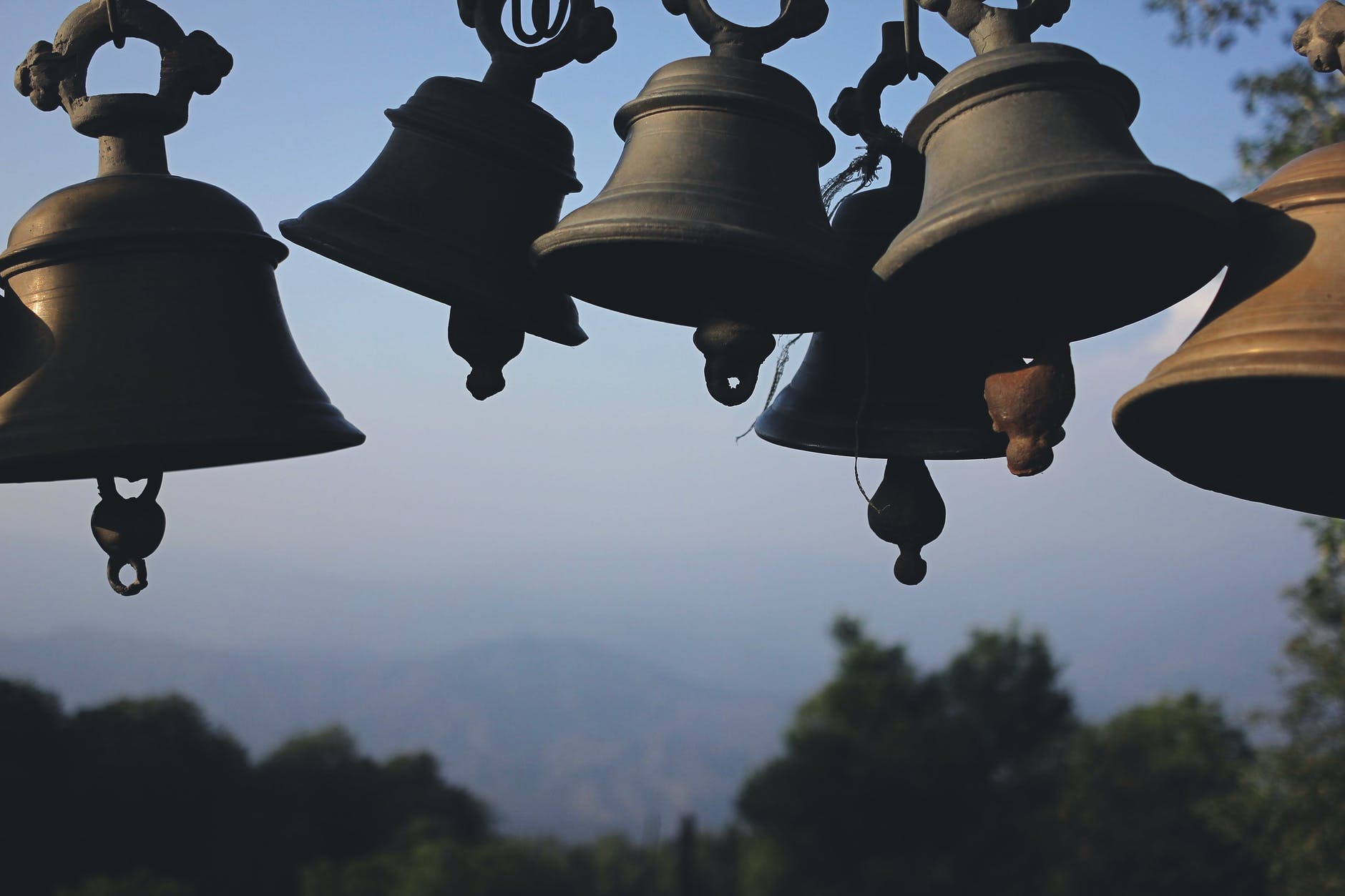 Finally, I’ve found a word to rhyme with it . Constipation. Not just the physical kind. The emotional, psychological and social constipation that lockdown has forced upon us.

But back to the word. Try to say tintinnabulation when you are sober – that is prior to a binge as lockdown opens up to sales of alcohol.

This delightful six-syllable word made its debut in 1831 according to some sources, even earlier according to others with Online Etymology Dictionary stating its origin in usage as  “the ringing of bells,” 1823, from the Latin tintinnabulum “bell,” from tintinnare “to ring, jingle” Its other near relatives in earlier forms of English were as an adjective tintinnabulary (1787), tintinnabulatory (1827), and noun tintinnabulum “small bell” (late 14c.).

I did not happen upon this word with ease. It was in my search for trending words that I scanned the list and only at ‘t’ was I suitable satisfied to write about tintinnabulation. It was up there with ‘twitter’ which needs no discussion as it has escalated itself into our daily lives driven by its brand creator, whose precise intention that was.

The story goes according to worldwidewords.org: “Poe was borrowing from a number of related terms that had by then been around for several decades, such as tintinnabulary, an obscure and rather pedantic word for bell-ringing or a bell-ringer, first recorded in 1767 (it is linked to tintinnabularius, a Latin word which meant a bellman in the statutes of the University of Oxford; all such words come from Latin tinnire to ring, as also does tinnitus, the medical term for a ringing or buzzing in the ears).

A verse from Edgar Alan Poe’s poem, The Bells  lead some to credit Poe as the person thus

Silver bells! HEAR the sledges with the bells,

What a world of merriment their melody foretells!

In the icy air of night!
While the stars, that over sprinkle

All the heavens, seem to twinkle

With a crystalline delight;

In a sort of Runic rhyme,
To the tintinnabulation that so musically wells

From the jingling and the tinkling of the bells.

Charles Dickens employed it in Dombey and Sons in 1847: “It was drowned in the tintinnabulation of the gong, which sounding again with great fury, there was a general move towards the dining-room”. (worldwidewords.org)

‘Tintinnabulation’ had its heyday in Mid-19th Century which was when Charles Dickens used it. It had a dramatic fall off from then on and its arguable that no one in the 21st century has flocked to its aura to coin it in a rap rhythm or praise song much less a hashtag.

New word from a six year old: Palindromes and portmanteus: how words are formed